READING Council is calling for people to help commemorate the 900th anniversary of Reading Abbey by voting for their favourite carved head.

2021 marks the 900th anniversary of the foundation of Reading Abbey, once one of Europe’s largest royal monasteries, by King Henry I.

As part of this year’s 900th anniversary celebrations, the Council is running a project to carve one of the incomplete head-stops that decorate the outside of Reading’s Abbey Gateway.

The Abbey Gateway, located along Abbot’s Walk opposite the Forbury Gardens and next to the modern-day Reading Crown Court, is one of only two complete buildings that survived the dissolution of the original Abbey back in 1538. Thanks to National Lottery players and a £1.7million grant from The National Lottery Heritage Fund, it was restored and reopened in April 2018, as part of the £3.15 million Abbey Quarter project and is now home to Reading Museum’s popular Victorian Schoolroom experience.

A stroll around the gateway reveals around 24 sculptures across its exterior – some weathered unrecognisably, but others including a dragon and a fox – remarkably surviving from medieval times. Others such as a Knight Templar, a nun, King Henry I and Queen Matilda, date from the restoration of the gate by George Gilbert Scott in 1861 and in 1900 funded by local philanthropist Dr Jamieson Hurry.

There are two uncarved Bath stone head-stops on the east side of the building, that date back to 19th Century restoration – which were left due to budget constraints. Six potential sculptures – based on figures from the Abbey’s illustrious post-dissolution past, have been shortlisted.

The six contenders are:

Cllr Karen Rowland, Reading’s Lead Member for Culture, Heritage and Recreation, said: “What better way for us to create a lasting commemoration for Reading Abbey’s momentous 900th anniversary, than by marking the date with the completion of one of the unfinished head-stop carvings on the Abbey Gateway. We’ve got a great shortlist to choose from, with amongst others, famous figures from the Abbey’s fascinating history such as Queen Elizabeth I, Jane Austen and poor Hugh Farringdon who met his tortured demise outside the gateway. Likewise, the option of a modern face is something more and more heritage sites around the country and Europe are taking up to keep heritage relevant to people today. Get voting online at www.reading.gov.uk/GatewayCarving – chose your favourite by Monday 1st March and influence a lasting monument to mark this historic year! I’m excited to see which of these wonderful options will win and I really looking forward to the final unveiling on 19 June.”

View artist’s impressions of the six carved heads and cast a vote online for the most fitting choice to celebrate the Abbey’s big anniversary. Votes can be cast until Monday 1st March.

Once the votes are in and counted, the winner will be announced at the beginning of March. The head will be carved by Cliveden Conservation and the carving will be unveiled on 19 June 2021 to mark the Abbey’s 900th anniversary.

2021 marks the 900th anniversary of the foundation of Reading Abbey, once one of Europe’s largest royal monasteries, by King Henry I. Find out more about the history of Reading Abbey and the gateway at https://www.readingabbeyquarter.org.uk/

and on the 900 anniversary at

Reading’s Abbey Gateway reopened in April 2018, following restoration work as part of the £3.15 million Abbey Quarter project. Thanks to National Lottery players and a £1.7million grant from The National Lottery Heritage Fund, the gateway benefitted from vital internal refurbishment and roof repairs and is now home to Reading Museum’s popular Victorian Schoolroom experience. The Abbey Gateway is also open for special events, such as history tours, during the summer months.

About The National Lottery Heritage Fund

Using money raised by the National Lottery, we Inspire, lead and resource the UK’s heritage to create positive and lasting change for people and communities, now and in the future. www.heritagefund.org.uk 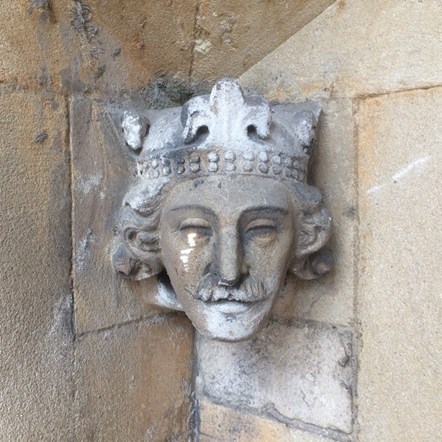