A ROGUE TRADER who attempted to scam an elderly resident out of over £30,000 has been convicted after a successful prosecution last Friday.

Kevin Patrick Dunphy of Guildford Road, Woking, pleaded guilty on behalf of himself and his company, The Roofing Firm, at Reading Magistrates’ Court on Friday 9th April.

Charges against Mr Dunphy included engaging in a misleading commercial practice in breach of the Consumer Protection Act 2008.

Mr Dunphy was ordered to pay costs totaling £6,490, including a £3,550 fine, and a victim surcharge of £190, to be paid in monthly instalments. Mr Dunphy was also disqualified from being a company director for 2 years, commencing on the 30th April.

The investigation was launched by Trading Standards after the concerned Reading resident, Ann, and her son, Steve, contacted Citizens Advice in June 2020, when a quote of £40 for gutter cleaning escalated into over £30,000 for the replacement of the property’s entire roof.

The traders claimed to own the company the ‘The Roofing Firm’, but Ann and Steve were unable to find the trader listed on Companies House. They also contacted 3 other roofing firms that quoted for less than half of the rogue trader’s price.

“This case highlights the very serious problem with rogue traders cold calling members of the public and defrauding them into parting with thousands of pounds by making false and misleading claims. In some cases, life savings are lost and victims who are often elderly and vulnerable are left in a distressed state and in fear of being targeted in the future. Fortunately, in this case, the swift and decisive actions of the Council’s Trading Standards Officers prevented the elderly resident from being defrauded. This prosecution sends out a clear message that Reading Borough Council will not hesitate to act against offenders who carry out these illegal activities.

“We’d like to extend our thanks to Ann and Steve for coming forward to us. It is vitally important that people report crimes like this so these unscrupulous people can be brought to justice and can't go on to try and defraud others.

“Residents are reminded to always thoroughly research any company or business before hiring them to carry out work. Our advice is never to agree to work on the doorstep even if the trader says that it is urgent. If you do need work done to your property, get written quotes from two or three reputable traders and compare them.

“Homeowners can find a Trading Standards approved trader through the national ‘Buy With Confidence’ scheme https://www.buywithconfidence.gov.uk.”

“We are very pleased with this conviction, and glad that it will spare others from having to go through a similar ordeal. We like to believe the best in people, and Kevin took full advantage of that - we let him into our home and trusted him to do a decent job at a fair price, and he repaid that trust by lying to our faces over and over. He knew full well that my mum is a retired teacher living on a fixed income, yet he still tried to defraud her out of tens of thousands of pounds. His actions were despicable, and we hope he comes to understand that and make better choices in future.

“The whole experience has taught us how important it is to do your research before agreeing to any kind of work on your home - check the company online, get multiple independent quotes, and have everything agreed in writing before work starts. Any legitimate contractor will be more than happy to do this, as it's for their protection as much as your own. 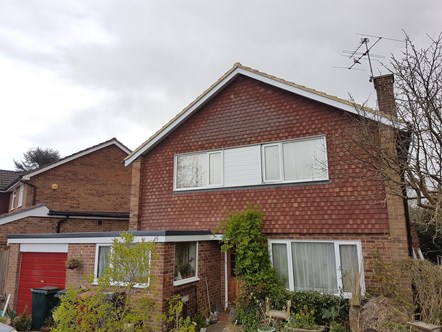