READING Borough Council today published the results of its recent Public Rights of Way Consultation, which includes reference to historic paths that could be reinstated – including on the historic Caversham Park site.

Over 200 responses were gathered from the consultation, which ran during June and July 2021.

Residents and local organisations were invited to have their say on how they currently use Reading’s Public Rights of Way Network, to highlight any barriers or issues to increasing use of the network, and suggest what could be done to enhance the network – for example, make it more accessible to all users, better maintained or signposted.

Residents were also asked about their thoughts on using shared paths for walking and cycling, their rating and thoughts about the Council’s priorities for the Right of Ways Improvement Plan (ROWIP) and about possible historic rights of way that may not be recorded in the network. The results will now help the Council to update its Public Rights of Way Improvement Plan. This will be published at www.reading.gov.uk/ROWIP

As part of the consultation, people were also encouraged to report any historic right of way that may be missing from the current network. This included access to the private parkland within the former BBC Monitoring Site at Caversham Park, which is currently off-limits to the public and proposed for redevelopment. These suggestions will be reviewed as part of the development of the improvement plan and options will be explored with the aim to claim or reinstate where possible.

Tony Page, Reading Borough Council’s Lead Councillor for Strategic Environment, Planning and Transport, said: “Thank you to everyone who contributed to this important Public Rights of Way Consultation. Your feedback will be invaluable in our efforts to develop our improvement plan, protect historic rights of way and encourage more active travel.

“More than two in three of respondents said they’d used the network more over the last year and four in five believe they will continue to use the network more in future – which is great to hear. You have helped flag ways we can improve the network and encourage more use, including highlighting any barriers to using the network.

“Your input will help us protect, maintain and enhance the public rights of way across our borough. Many of the footpaths are key routes connecting people to destinations such as the town centre, Reading Station, Green Park and Thames Valley Business Park. They are used by people travelling to work and school, as well as many rural-type routes that are used for leisure.

“Part of the consultation was about identifying any historic rights of way that are not currently included in the network list. A topical example of this is the land on the Caversham Park Estate in Emmer Green. We know there is a great deal of local support for providing public access to this beautiful parkland. Several people responded saying they believe this site has historic paths that need to be reinstated and I’m pleased to say, have also provided some information relating to these claims.

“I’m also delighted that over 30 people described other opportunities for creating routes based on regular usage and provided some very useful ideas for extending the network. We can now work towards preparing our improvement plan, which will include reviewing opportunities to reinstate the historical paths on the Caversham site as well as reviewing all your suggestions on new and historic paths with the aim to claim or reinstate them.

“There is much work to be done. We have until 2026 to include historic footpaths in our network, after which time they will be lost permanently.”

The Council will now develop an action plan for improving the network as part of the Rights of Way Improvement Plan, to include:

Reading Borough Council manages 21 miles of Public Rights of Way across the borough, which provide vital connections for many people to access open space and are often used by residents when travelling to work and school. It is important that the Council protects, maintains and enhances rights of way across the Borough. This network supports our ambitions to encourage active travel (e.g. cycling and walking) and as a result support better physical and mental health, lower carbon generation and improved air quality.

The consultation was launched at the start of updating Reading’s Rights of Way Improvement Plan (ROWIP) which is a sub-strategy of the emerging Reading Transport Strategy 2036, to get early input into the priorities and direction of the new strategy. 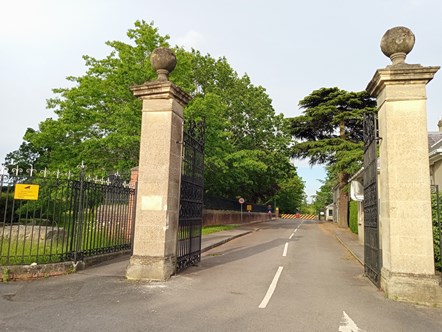 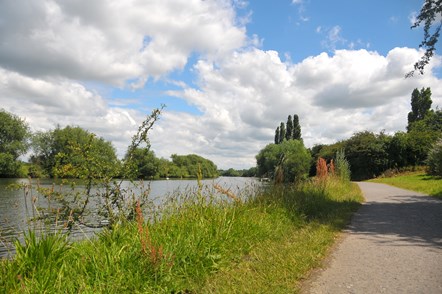