TWO of Reading’s most popular open spaces have once again been recognised as among the best in the country after receiving Green Flag and Green Heritage Site 2022 awards.

The Forbury Gardens and Caversham Court Gardens have both received Green Flag Awards.

In a record-breaking year for the Green Flag Award, The Forbury Gardens and Caversham Court Gardens are two parks of 2,208 celebrating success across the UK and out of 181 places winning in the South East region. The Green Flag recognises high-quality maintenance and excellent wildlife-and climate-friendly practices. This month, parks and green spaces across the country will be raising their Green Flag Award with pride in a time when millions of people have seen the value of having great quality green spaces on their doorstep.

As well as a Green Flag, both sites have also received a Green Heritage Site award, which is awarded for parks that have conserved their historical features to a high standard and maintain their historic character and appearance.

Green Heritage Site awards are made to sites that have particular local or national historic interest. Reading is one of only 15 places in the South East to achieve this prestigious accolade.

To be recognised with a Green Flag award, parks or open spaces have to demonstrate not only that standard is maintained but that continuous improvements are being achieved.

Karen Rowland, Lead Councillor for Environmental Services and Community Safety, said: “I am delighted that yet again, two of our most popular open spaces have been recognised by Green Flag awards. We know our residents value them greatly too, as evidenced by the overall positive condition people leave these spaces in after their visits.

“Ultimately, however, it takes substantial effort to keep these parks in such top condition. I would like to extend my congratulations to all those involved in the maintenance of these open spaces on their achievement. These awards are a clear reflection of the hard work and dedication put in by both the Council and voluntary organisations throughout the year to ensure these sites remain amongst Reading's most treasured open spaces.

“More than ever, people are valuing our precious outdoor spaces. Spending time in our beautiful parks and open spaces is incredibly beneficial for everyone’s physical and mental wellbeing.

“The Green Flag and Green Award Heritage Site awards are tributes to what great open spaces Reading has to offer.”

Commenting on the news that Reading has met the Green Flag Award standard, Keep Britain Tidy’s Accreditation Manager Paul Todd said: “I would like to congratulate everyone involved in making Reading worthy of these Green Flag Awards.

“Caversham Court Gardens and the Forbury Gardens are vital green spaces for the community in Reading. These awards are testament to all the hard work of staff and volunteers, who do so much to ensure that it maintains the high standards demanded by the Green Flag Award.”

The Green Flag Award scheme, managed by environmental charity Keep Britain Tidy under licence from the Department for Levelling Up, Housing and Communities, recognises and rewards well-managed parks and green spaces, setting the benchmark standard for the management of green spaces across the United Kingdom and around the world.

The Green Flag Award Scheme (http://greenflagaward.org/) is run by the environmental charity Keep Britain Tidy, under licence from the Department for Levelling Up, Housing and Communities, in partnership with Keep Scotland Beautiful, Keep Wales Tidy and Keep Northern Ireland Beautiful.

Keep Britain Tidy is a leading environmental charity. It sets the standard for the management of parks and beaches, inspires people to be litter-free, to waste less and live more sustainably. It runs campaigns and programmes including the Great British Spring Clean, Eco-Schools, Love Parks, Eco-Schools, the Green Flag Award for parks and green spaces and the Blue Flag/ Seaside Awards for beaches. To find out more about Keep Britain Tidy, its campaigns and programmes visit www.keepbritaintidy.org.

Any green space that is freely accessible to the public is eligible to enter for a Green Flag Award.  Awards are given on an annual basis and winners must apply each year to renew their Green Flag Award status.  A Green Flag Community Award recognises quality sites managed by voluntary and community groups. Green Heritage Site Accreditation is judged on the treatment of the site’s historic features and the standard of conservation. 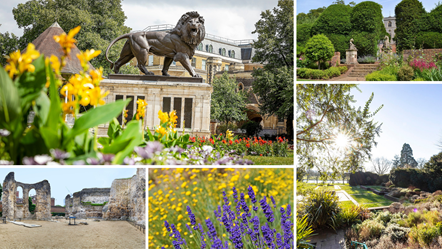 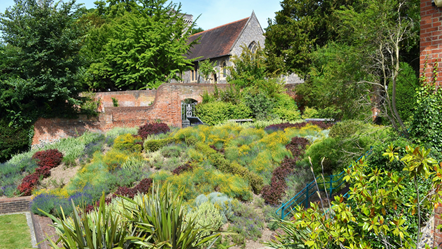