ENFORCEMENT of the illegal blocking of yellow box junctions in Reading looks set to go live later this year. This is part of the first phase of the Council’s drive to increase safety and reduce congestion, which is a major contributor to poor air quality.

Whilst London local authorities have had the option of enforcing moving traffic offence powers for many years, English councils outside of the capital have only now been given the option by Central Government to apply for the same powers.

After successfully applying to the Department for Transport to use the powers, and following a period of public consultation earlier this year, Reading Borough Council is proposing a phased-approach to the camera enforcement of a series of moving traffic offences in Reading. This would begin with 15 yellow box junctions in the town. These junctions are frequently blocked by motorists, adding to congestion and poor air quality through increased emissions.

It is anticipated that enforcement of the first 15 yellow box junction sites will begin by April 2023.

For the first six months motorists blocking the yellow box junctions will initially be sent a warning notice by the Council, as opposed to penalty charge notices. This is to ensure drivers are given fair warning of the fines which will be issued in future.  Only one warning letter will be issued per junction, so if drivers continue to obstruct the junction they will be fined. This warning period will be in place for six months at each of the junctions.

The 15 yellow box junction sites are:

A report to the Council’s Strategic Environment, Planning and Transport Committee on Wednesday November 16 will be asked to endorse the phased approach to the enforcement of moving traffic offences in Reading. It can be found at https://democracy.reading.gov.uk/documents/s24125/11%20Moving%20Traffic%20Enforcement%20Committee%20Report%20Nov%2022.pdf “The illegal blocking of yellow box junctions in Reading often has major knock-on effects, adding to queues, delaying buses and disrupting their timetables, and for local residents, in respect of contributing to poor air quality caused by increased emissions. It can also put other road users such as cyclists and pedestrians in danger.

“For many years now councils outside of London have been prevented from using these powers. That meant only the Thames Valley police could take action but, understandably due to budget cuts, their priorities lay elsewhere.

"I am pleased that after much lobbying the Department for Transport has finally listened to reason and will allow councils like Reading to take over these important enforcement powers.

“The proposed phased approach in Reading is deliberate, with enforcement starting to go live early next year. Importantly warnings, rather than fines, will be issued during the first six months. This is to give drivers as much notice as possible before official penalty charge notices are issued.

“It is also important to emphasise that, as with all traffic and parking enforcement fines, the law requires that any revenue raised has to be re-invested in transport or highways improvements across Reading.”

Between April and May this year, the Council launched a six-week public consultation and engagement exercise setting out how it would implement Part 6 of the Traffic Management Act 2004.

In general, consultees were in favour of enforcement of moving traffic contraventions, with 52% of consultees supporting the overall initiative. Of the written comments received, overall (22%) were in general support of this type of control, whilst 16% of comments raised concerns that this was about income generation and 9% of responses were concerned that this would not be a good use of council funds.

Councillors at next week's SEPT Committee will consider the consultation responses before deciding whether to proceed with enforcement.

If the scheme proceeds, Reading Borough Council’s longer term plan is to use the new powers to improve safety and tackle congestion by enforcing a wider range of moving traffic offences, in addition to the blocking of yellow box junctions. These could include: 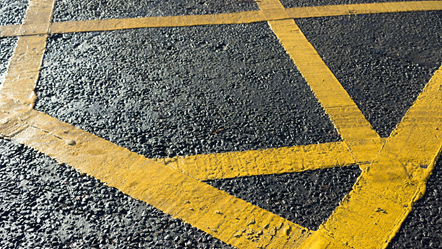 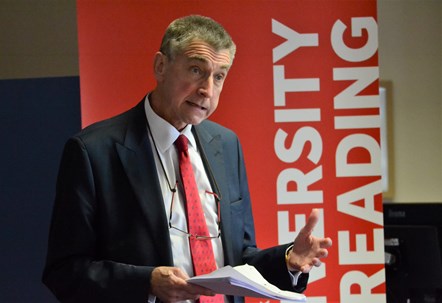